← more from
Swimming Faith Records
Get fresh music recommendations delivered to your inbox every Friday. 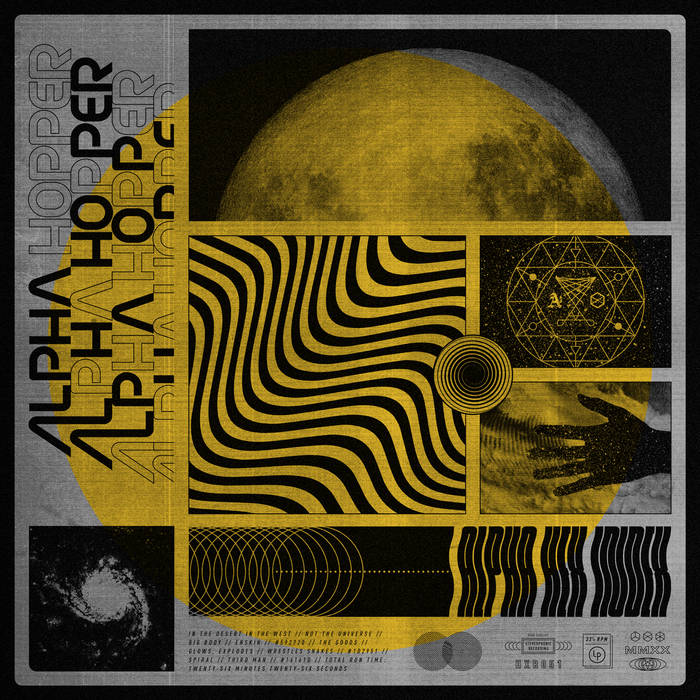 "Alpha Hopper creates a frenetic stew of guitar-driven rock'n'roll with ingredients from punk, hardcore, noise rock, and no-wave and their latest recording brings them deeper than ever down that rabbit hole. Sassy, snotty vocals punctuating the ever growing wall of catchy, bizarre riffs and prison-break drum beats. Dummy math, noise-rock for art-punk drop outs."

"I thought I’d be on the fence with Alpha Hopper’s Alpha Hex Index but on the contrary, it’s the storm before the calm, the raging waters of a tsunami that obliterates islands and leaves one clutching a bare tree wondering, “What the hell just happened?” Alpha Hopper did." -- Ghetto Blaster

"Alpha Hopper have boiled down the finer elements of noise rock, no wave. and art-punk to create something so distinctly their own, while paying homage to the sordid style of early 90’s AmRep and Touch & Go favorites." -- Post-Trash

"The album will assuredly have everyone mesmerized... Strikingly riveting and original." -- GhettoBlaster

"A frantic, messy variety of guitar rock, that won’t say no to a night out with punk, hardcore, new wave, or which ever genre (or hottie, or mark, or naive and corruptible young fool) catches their eye that evening." -- New Noise

"“...another crushing addition to the band’s stellar catalog of noise punk records that simultaneously disgust and delight. It’s loud, aggressive, and willingly irritating, and it just melts our hearts with joy in the process.” --Post Trash

Drummer Douglas Scheider:
"Alpha Hopper has always been a science fiction punk band. Not like test tubes and a thing growing in the basement sci-fi, but isolation in an endless expanse sci-fi, gradual concessions until you no longer recognize yourself sci-fi, a confrontation with a power in which you can't quite find humanity sci-fi. You can hear that in Irene's lyrics, but there's also something about the way we write music that ends up feeling like we're a tiny crew far adrift in a suspiciously life-sustaining vessel. We've always had this policy of trying anything anyone in the band brings to the table, and it's a rare contribution that doesn't make it to a finished song. There's a sense of vastness and possibility. Yet the more we work on a part together, the weirder and more undeniably Hopper it gets. It's like we draw it in, synthesize it, like bees making honey or some mighty, ancient calculation engine grinding through an unexpected request. A tiny spec of light glinting mechanically across the cosmos, together. There's days where we all feel like the old friends that we are, sharing snack intel and planning pointlessly elaborate excursions, and nights where we feel like a broken band of explorers who traded cowboy hats for diving masks and who are beginning to think this has been a one way mission all along. This record is timely because even though we wrote it back when you could survive kissing a stranger, it's meant for people who have been looking out a tiny window wondering if there's really anyone else out there. This record is the suddenly too-clear signal cutting through the hissing and static background of long work calls and digital happy hours that you've forgotten you've learned to ignore, a transmission from far closer than the monitor you could touch your tongue to, the relay down the mine shaft as you gasp for air and clutch a radio you didn't know still works. This record is the only cargo we haven't jettisoned. Ryan recorded and mixed this album while we were practicing hiding our faces, and it's the most Alpha Hopper we've ever sounded. We wrote these songs in a shipping depot on the Buffalo waterfront while the carpet rotted out beneath our feet and the mold grew down black and grey from the ceilings. We all thought about these songs and hummed and tapped them on the desks at our offices and over the rims of our coffee cups and sometimes when we were casting around our beds when we were awake and didn't want to be. We play these songs with our hands and sing them with our mouths and made them for you to shout and dance and cry to. Thank you we are Alpha Hopper."

Recorded and Mixed by Ryan McMullen
Mastered by John Angelo

Bandcamp Daily  your guide to the world of Bandcamp

Little Brother joins the show to discuss their beautiful journey, plus tunes from Fat Tony